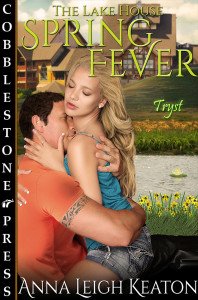 Debbie, the sexy mother of twins, is tall, blonde, tough as nails, and scares the hell out of Bob, the retired Top Gun pilot, though he’s helplessly in lust with her. But experience tells him that women want to clip his wings, and he won’t give up flying for anyone.

Debbie’s had the hots for Bob since the day they met, and it’s time to make her move. She didn’t expect a tender heart under that big, gorgeous body, but since she found it, she’s determined to make that heart hers no matter how hard he tries to resist her.

He saw her coming, and there was something in the way she held herself, the set of her jaw, the glitter in her eyes, that made him a little nervous. She looked as if she were on a battlefield and he was the enemy.

Debbie practically stomped up next to him and said in her sexy, husky voice, “Dance with me. Cinderella is about to head home before she turns into a pumpkin, and she wants to dance with a guy who’s tall enough to look her in the eyes, not the breasts.”

He glanced at her chest. Her dress was high-necked, so she didn’t show any cleavage, but the way the dark green silk teased over her curves left little doubt what it hid. Besides, he’d seen her in tank tops all last summer, and she’d filled out the front of her overalls nicely. He’d spent more than a little time thinking about her breasts, what her nipples looked like, and what she tasted like when she was sweaty and hot after working out in the ninety-five-degree heat of summer.

She cleared her throat.

He grinned at her and came to his feet. “As the lady wishes,” he said, trying to gather his composure. This he hadn’t expected. She’d never before sought him out. Then again, he was literally the only man in the room that was still taller than she was when she wore those killer sandals—sexy, killer heels that made her calves look good enough to bite into.

It was pretty amazing to look a woman in the eye while he stood upright, and that alone had his cock twitching. She’d be the perfect fit for him. No strange contortionism needed to have sex and kiss at the same time.

Trying to clear his wandering thoughts, he held his hand out to her and said, “You look very nice tonight, Debbie.”

She hesitated for just a fraction of a moment, which seemed odd, seeing as she was the one who asked for the dance. But then she slid her palm against his in an innocently sensual manner that made his skin tingle. He led her out to the dance floor and pulled her gently into his arms to the soft crooning of Johnny Mathis. She smelled of fresh air, flowers, and secret wishes. He couldn’t breathe her in deep enough.

“Thank you. You clean up pretty well yourself,” she teased, looking him right in the eye.

Up close she was irresistible. Her hair, falling in those thick, shiny waves, brushed the hand he held against her back. Her baby blue eyes looked huge with the gentle touch of makeup she wore. The dress shouldn’t have been sexy, but what it hid, hinted at, had him more than a little bothered.

With her close like this, he doubted she didn’t feel the brush of his straining hard-on against her when they moved. There were things a man just couldn’t hide. It took a lot of willpower not to pull her against him and taste those pretty pink lips of hers.

“How are the kids?” Children seemed the safest topic. “I haven’t seen them in the day care much.”

Her brow furrowed a little. “How often do you go to the day care?”

Crap. More than he should, probably. He loved babies. Had always wanted some of his own, but that hadn’t happened. He’d squandered his youth and by the time he finally found a woman to settle down with, she couldn’t handle the fact that he was never home.

Debbie raised one censuring eyebrow at him. “Are you stalking my children?”

Her sultry, teasing laugh had his balls tightening. Damn she was sexy. He let out a slow breath. She put him off-kilter like no other.

“I never had any kids of my own.” He shrugged, trying for nonchalance. “I like yours. They’re sweet and always smiling.”

She rolled her eyes. “You don’t live with them.” But then she smiled again. Even her slightly uneven bottom teeth intrigued him. He wanted to run his tongue over the little imperfection. “They are very good babies. More than I ever hoped for.”

He wanted to ask where the dad was. Was he around? Anywhere in the picture? Was there a relationship? Could Bob take him in a fight?

“How long are you around this time?” Debbie asked, pulling him away from the thought of making another man disappear so he could claim her for himself.

“Tomorrow afternoon I fly Jack and Kara down to Napa, where they’re taking their honeymoon and scouting the property he just acquired. Then I come back and pick up Neil and Darren. Darren I drop off in Colorado to finish up loose ends on that property, and Neil needs to be in the head office to field problems for the week Jack is off-line.”

He chuckled. “I heard a rumor Kara’s hiding his cell phone from him so they can have a real honeymoon.”

Debbie laughed. It was smooth, low, and it made him hot. “They are the perfect couple, aren’t they?”

Bob nodded. “Everyone seems to find the perfect mate here at The Lake House.”

“What about you, Bob? You and Marcia?”

He sputtered a moment, his cheeks heating a little in embarrassment. Maybe they hadn’t been so discreet.

“Is it supposed to be a secret?” Debbie’s face was serious, very serious, the joking gone from her beautiful eyes.

That eyebrow came up again. No wonder the woman could handle the sometimes-unruly young groundskeepers. He’d been in two wars and several other skirmishes in his time in the navy, but she could make him quake in his boots.

“We might have fooled around a little. My indiscretion, not hers.”

“Really.” It wasn’t a question.

“She’s young enough to be my daughter.”

Debbie pressed her lips together—her plump, pink lips that he’d spent a lot of the last nine months fantasizing about.

His defenses came up, and he almost blurted out that yes, he got lonely sometimes and yes, he’d taken the attentions of a young woman who’d freely given them so that he didn’t spend all his time alone, sulking in his room. Instead he clenched his jaw, let out a slow breath, and said, “We’re just friends.”

Something passed over her eyes; a change came over her. Her body stiffened a little in his arms, and her step faltered in their dance. “Will you be my friend?” she asked.

He opened his mouth, but nothing came out.

It wasn’t worth it. Not the pain and heartache. He couldn’t give up flying for anyone. Even for a woman who had turned his brain to mush upon their first meeting—when she was pregnant and, for all he knew, married. The first thing she would want to do was to clip his wings and keep him home with her.

The music stopped, and for a moment silence filled the room. She touched his cheek with her warm, slightly rough palm—the hand of someone who knew hard work.

“Goodnight, Bob.” She reached up and kissed the corner of his mouth, sending a shockwave of sensation through his body. Before he recovered enough to turn his head and kiss her properly, she was out of his arms and walking across the dance floor toward the door…taking his battered, beaten, empty heart with her. 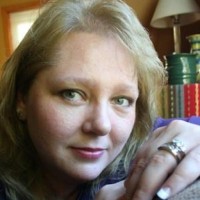 Permanent link to this article: http://annaleighkeatonbooks.com/2015/05/spring-fever-the-lake-house-4/